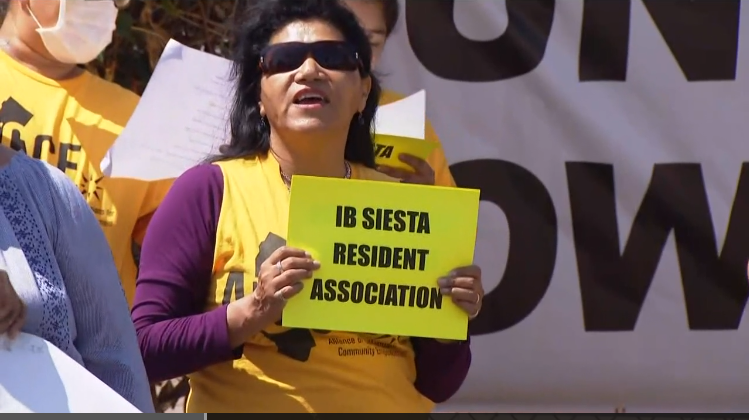 IMPERIAL BEACH, Calif. — Tenants of the Siesta RV Park in Imperial Beach held a rally on June 22 calling for an end to a rule that forces them to move out of the park every six months for 2 days at a time.

Many of the tenants are also members of the San Diego chapter of the Alliance of Californians for Community Empowerment.

“We're tired of people playing with our lives. They don't see us as human beings with a right to have a home, they just see us like a dollar sign,” said Consuela Villalpando.

In January of this year, the RV park was sold to Miramar Imperial Beach LLC. Tenants say since then, their rent has increased and they’ve also been hit with new fees on water, sewage, and trash. They said they’re also forced to move their RVs off the property every six months for 48 hours.