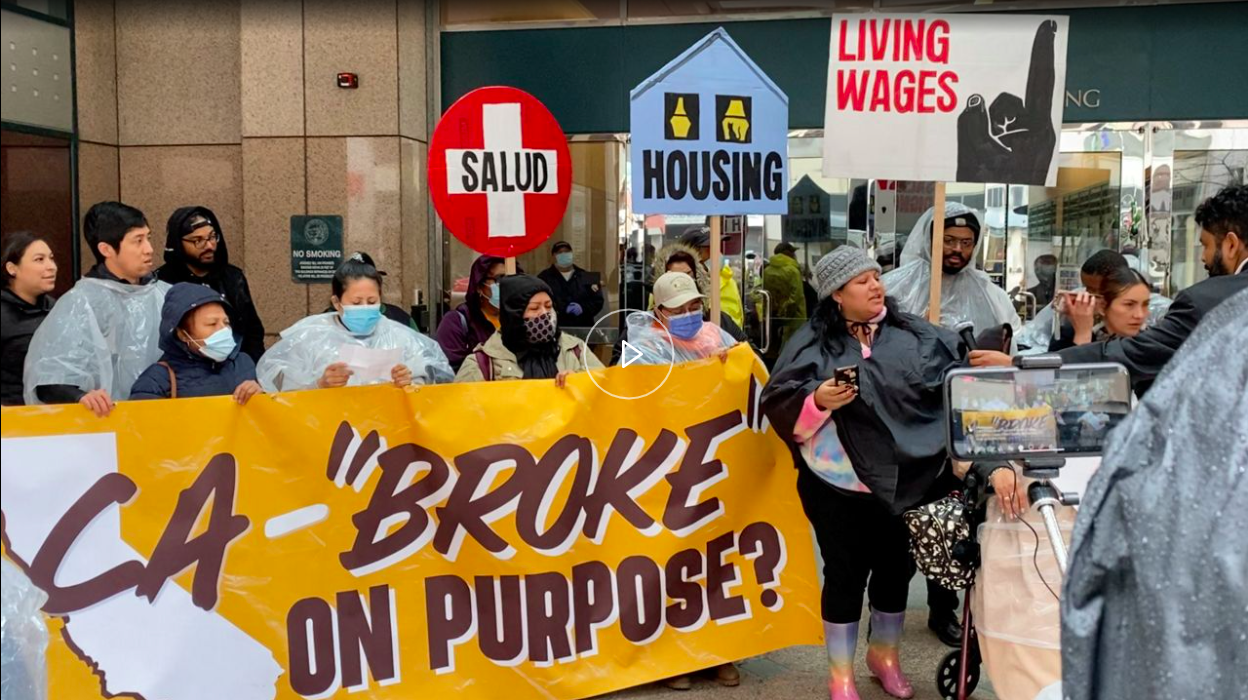 The governor had previously announced that the state would have a surplus of funding, but the state is now in a deficit, in part because of the economic downturn.

On Monday, activists staged a protest, calling on higher taxation, which they say would allow for a more robust state budget.