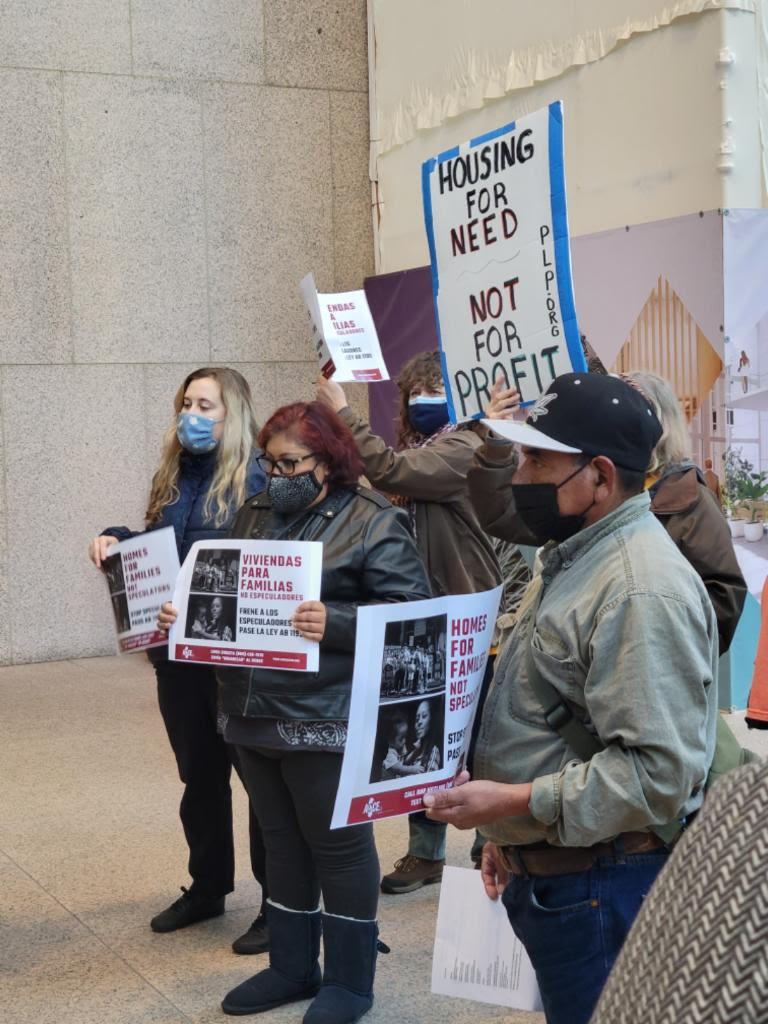 Sacramento News & Review - Last week, housing and poverty advocates descended on the San Francisco offices of Blackstone Group, a controversial real estate player that’s the largest corporate landlord in Sacramento County. Tenants were demanding that Blackstone stop rent-gouging while at the time allegedly deferring heath and safety repairs in many of its California units.

A number of nonprofits are also continuing to fight in Sacramento for the passage of AB 1199, a bill aimed at holding private equity profiteers like Blackstone accountable for their behavior during the 2008 financial collapse – and now during the pandemic.

The recent action at Blackstone’s San Francisco headquarters was one of several protests targeting the company on Dec. 9, including tenants converging on its property management firm in Los Angeles, FPI. Blackstone famously bought-up tens of thousands of homes in the region that were under water on their mortgages during the financial meltdown at the end of the Bush administration, absorbing them into an ever-expanding blob of rental properties on the north state’s map. Numerous houses in Placer and Yolo counties are part of the picture, while Blackstone has also earned the distinction of becoming the largest private property owner in Sacramento County, second only to the county government itself.