'War on Us': Black Women Rally in Oakland for Breonna Taylor 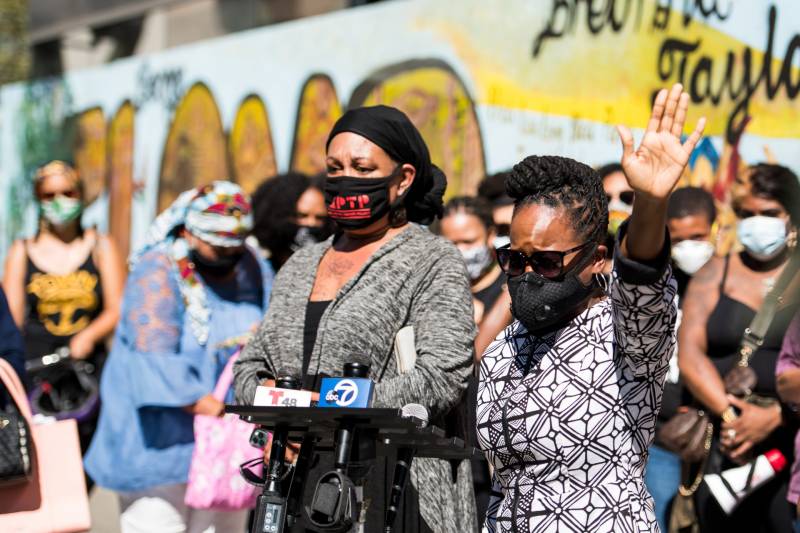 KQED - They raised their voices in anger, pain and poetry, speaking words of protest and calling for action in the wake of a Kentucky grand jury’s decision not to charge any Louisville police officers for the death of Breonna Taylor.

One after another, Black women representing Bay Area community organizing groups weighed in Thursday morning during a rally in front of an Oakland mural honoring Taylor at 15th and Broadway.

“Breonna Taylor did not die in a vacuum. She died inside of a paradigm in this country where the lives of Black women and girls do not matter,” said Cat Brooks, one of the event’s organizers and co-founder of the Anti Police-Terror Project.