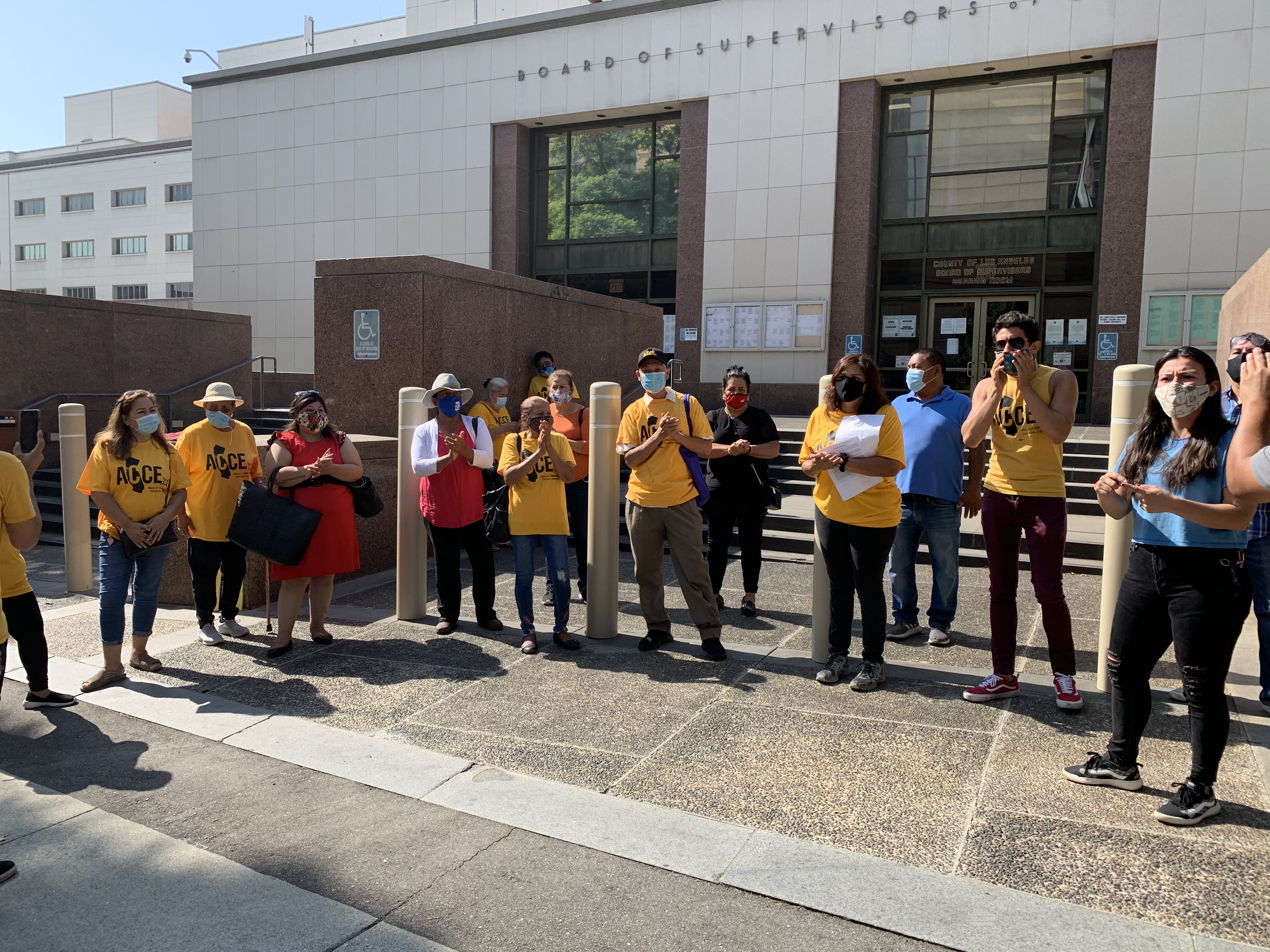 After thousands of working-class and low-income homeowners - majority Latino and African American - in LA County were defrauded by the government-sponsored PACE program, many faced foreclosure. But after years of organizing and fighting back, in a significant victory for approximately one hundred homeowners defrauded by PACE, City Attorney Mike Feuer announced a $6 million settlement to be distributed to Los Angeles homeowners harmed by the unfair deceptive and unlawful practices by Eco Solar, a company connected to the PACE program. The court found that Eco Solar had unlawfully targeted Spanish-speaking homeowners and lured them into entering into "construction contracts and PACE loans for renovation work (Eco Solar) were never going to finish." There is much more to be done to right the injustices caused by those who defrauded under the PACE program, but the settlement is major step forward!