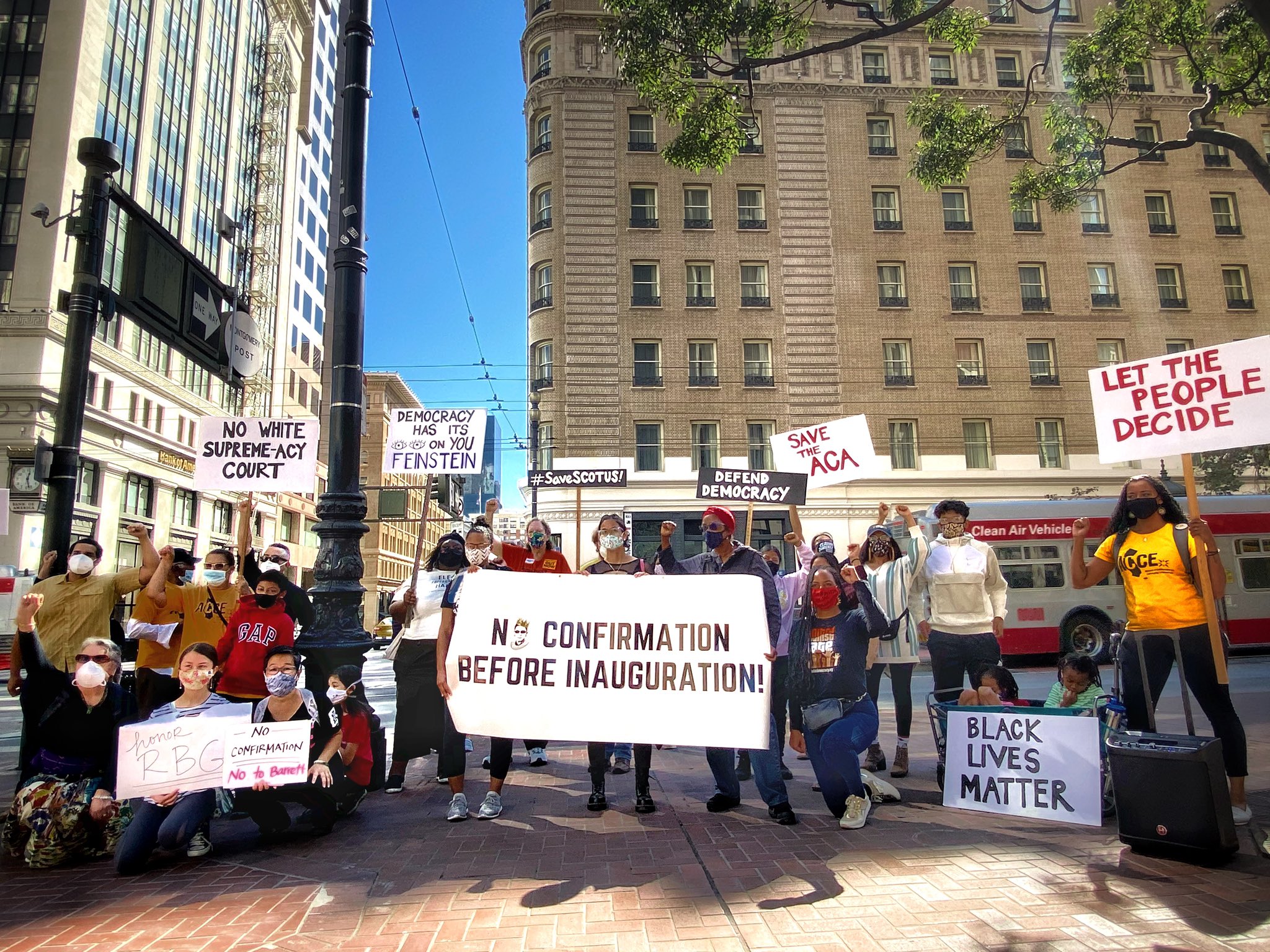 The hearings, which kicked off Monday morning, could result in Barrett filling in the seat of late Justice Ruth Bader Ginsburg, who passed away last month.

Because Barrett’s appointment, which lasts for the rest of her life, would result in a 6-3 conservative majority on the high court, the activists want to hold off on the hearings until after the start of a new presidential term following the upcoming Nov. 3 election, which they say was Ginsburg’s dying wish.