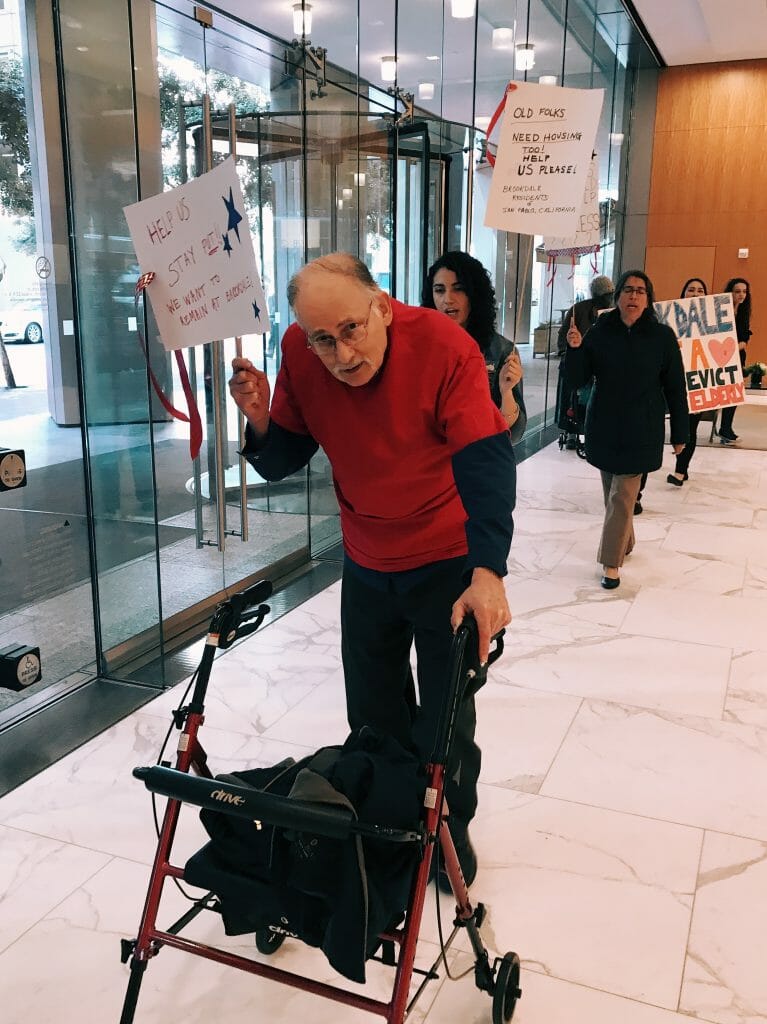 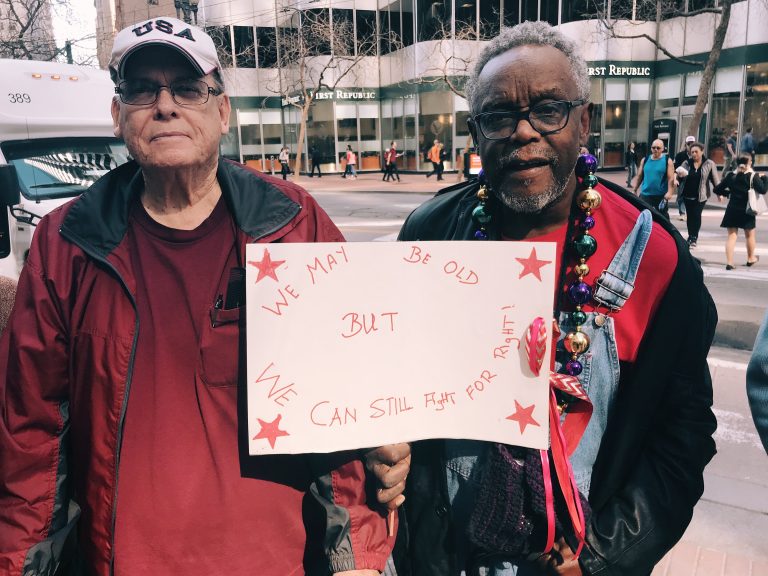 Inequality . org - Just two days before Thanksgiving, the nearly 100 elderly residents of Brookdale San Pablo received an unfortunate holiday notice – they were going to be evicted.

Brookdale, which operates around 800 senior living facilities across the United States, had decided not to renew the lease of their San Pablo location, which expired in January — leaving tenants scrambling in the midst of California’s affordable housing crisis. Brookdale’s move, which it called a “portfolio reset” earlier last year, means some tenants are concerned they’ll be moved far from their families and communities. Others are worried about the potential for homelessness given skyrocketing cost of living in the Bay Area.

In the months since they received the notice, many Brookdale residents have left. But there are still a couple dozen tenants who can’t find anywhere affordable to move. They’re demanding better treatment by Brookdale, which has told them they have until the end of March to move, a local NBC affiliate reports. The residents told NBC they want either a settlement to help them move, or a plan that would allow them to stay in place in their homes.

The group has been outspoken about their eviction, and took their protest to the streets of San Francisco with a “walker brigade” on February 26. The protesting tenants are members of Alliance of Californians for Community Empowerment, a community organization that fights for racial, economic, and social justice across the state.

The eviction notices come as the whole state contends with skyrocketing housing costs. The median price for a house in California is more than $600,000, Bloomberg reports — more than twice the national level. Numbers from 2019 found that homelessness in Contra Costa County, where Brookdale San Pablo is located, jumped by 43 percent since 2017.

“It’s all about profit,” 73-year-old Vince Dunn, a former teacher, said. “But we are people! We contributed to society! Yet, in the name of the big buck, we got to go!” Dunn has promised to be the last person to leave Brookdale San Pablo, pointing out that the housing crisis in the Bay Area is particularly hard on seniors.

The looming shutdown of Brookdale San Pablo will have impacts beyond just housing. Tenants worry about the larger impacts of displacement. Shutting down the living facility could displace the tenants from their community as well as their healthcare providers, Mercury Newsreported.

“I’ve lived in Brookdale for four years,” 82-year-old Carley Angell said during the protest. “I expected to die there. I made friends there. If I have to move I’m going to lose my friends, my house, my doctor, my neighborhood…everything. I’m just disgusted.”