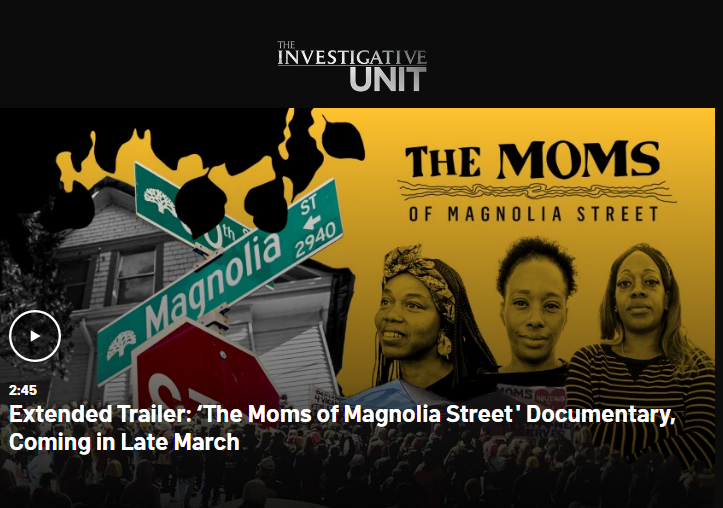 NBC Bay Area - A new digital-first investigative series coming in late March 2021 to the NBC Bay Area app on Roku and Apple TV and to NBCBayArea.com

Against the backdrop of California’s affordability crisis, pushing thousands of Black residents out of their homes and onto the streets, a group of unhoused working mothers in Oakland took matters into their own hands.

In November 2019, the mothers formed a group called Moms 4 Housing and illegally occupied a vacant, corporate-owned home on Magnolia Street in West Oakland. Standing on the shoulders of generations of iconic Oakland activists, such as the Black Panthers and Brotherhood of Sleeping Car Porters, the moms’ act of civil disobedience sparked a national reckoning around displacement and the erosion of African American neighborhoods.

“The Moms of Magnolia Street” follows the moms’ journeys as they took on the large home-flipping corporation and challenged the city’s power structure.

Read the entire article and watch the video here.