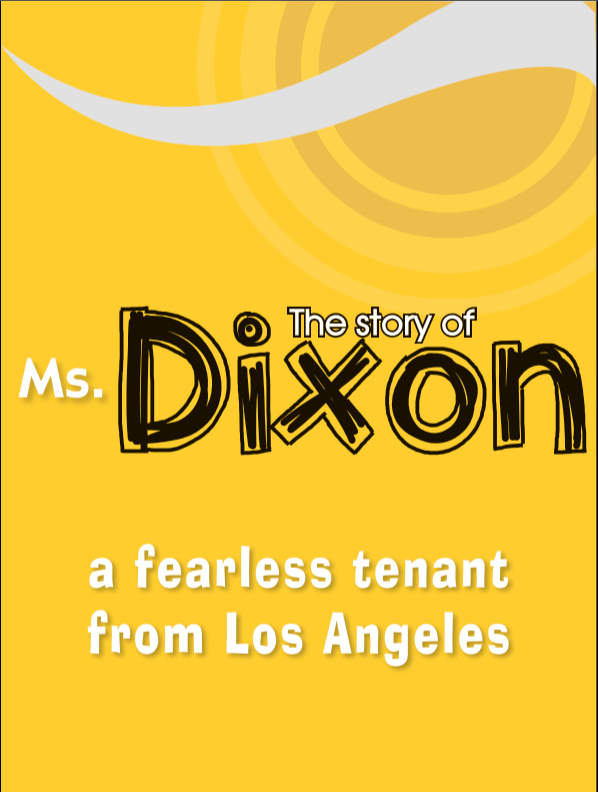 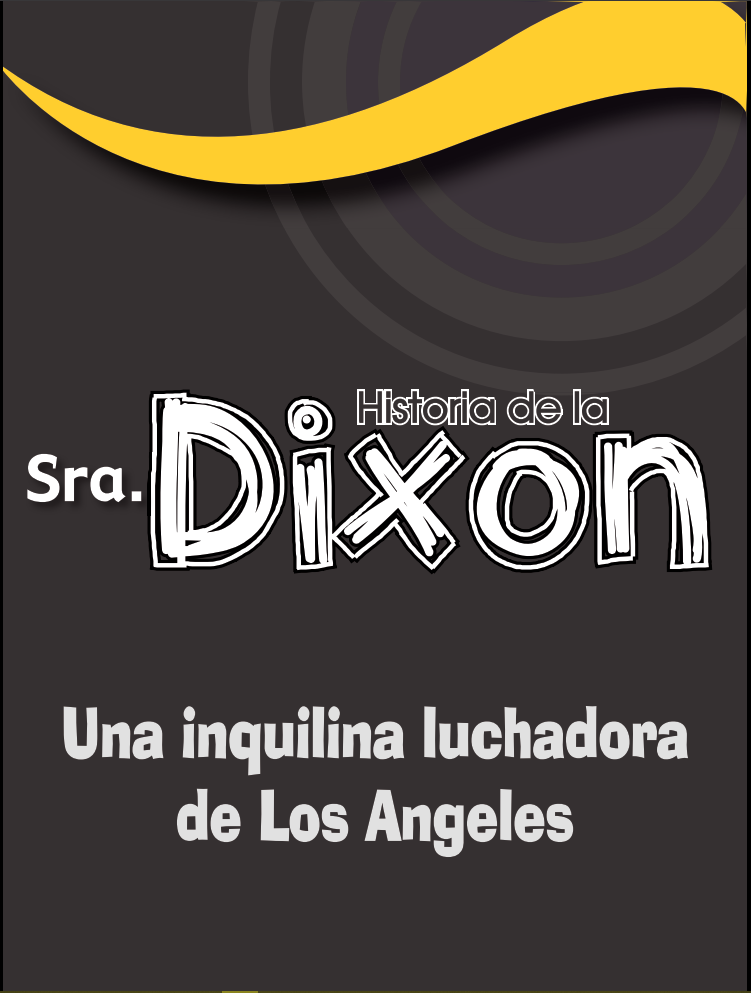 In a major victory in the fight for strong tenant protections, the Los Angeles City Council approved a tenant anti-harassment ordinance (TAHO) in June 2021! The law went into effect in August 2021. ACCE-Los Angeles tenant leaders, organizers and coalition allies worked for four years to get this law passed, which makes abusive and retaliatory behavior against tenants illegal. But ACCE isn't done yet. While TAHO is a good first step, ACCE-Los Angeles continues the fight to get the Council to adopt improvements to the law, including making it retroactive, placing the burden of proof on landlords, and requiring payment of attorney's fees and monetary damages to tenants who prevail in court. As part of its political education program, ACCE has created the informational booklet, "The Story of Ms. Dixon," which illustrates the TAHO campaign through one member's journey from harassed tenant to community activist in a movement. The booklet, in English and in Spanish, shows how ordinary people can work together and organize to make change. Illustrations are by Equipo Maíz. 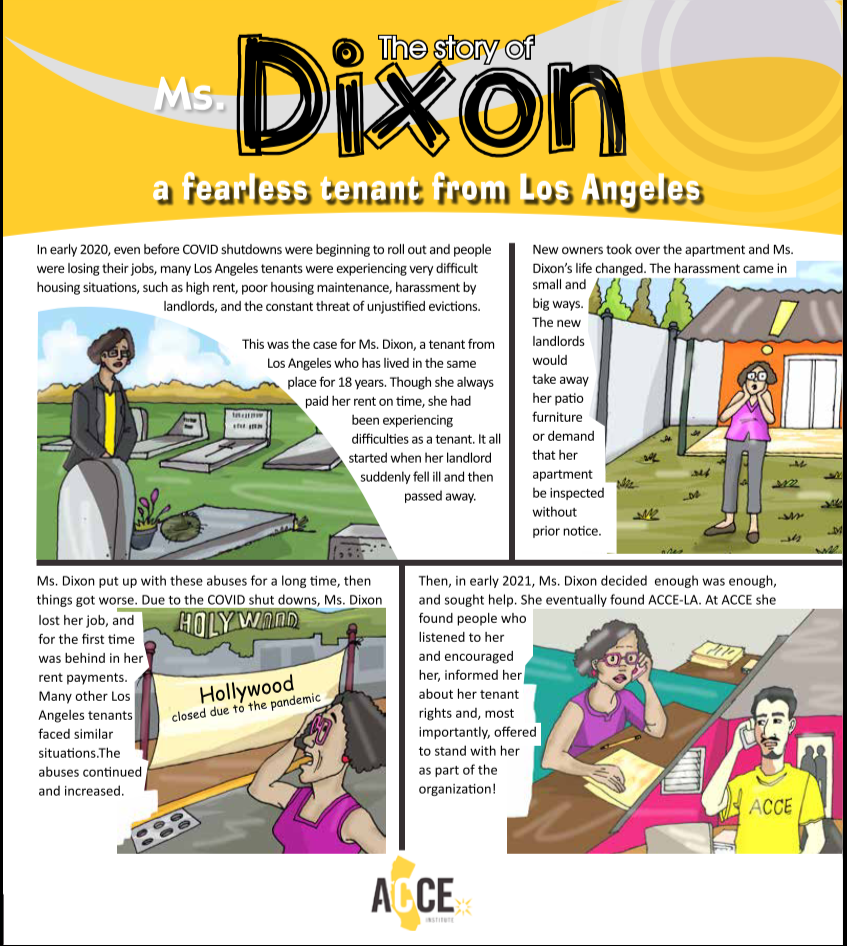 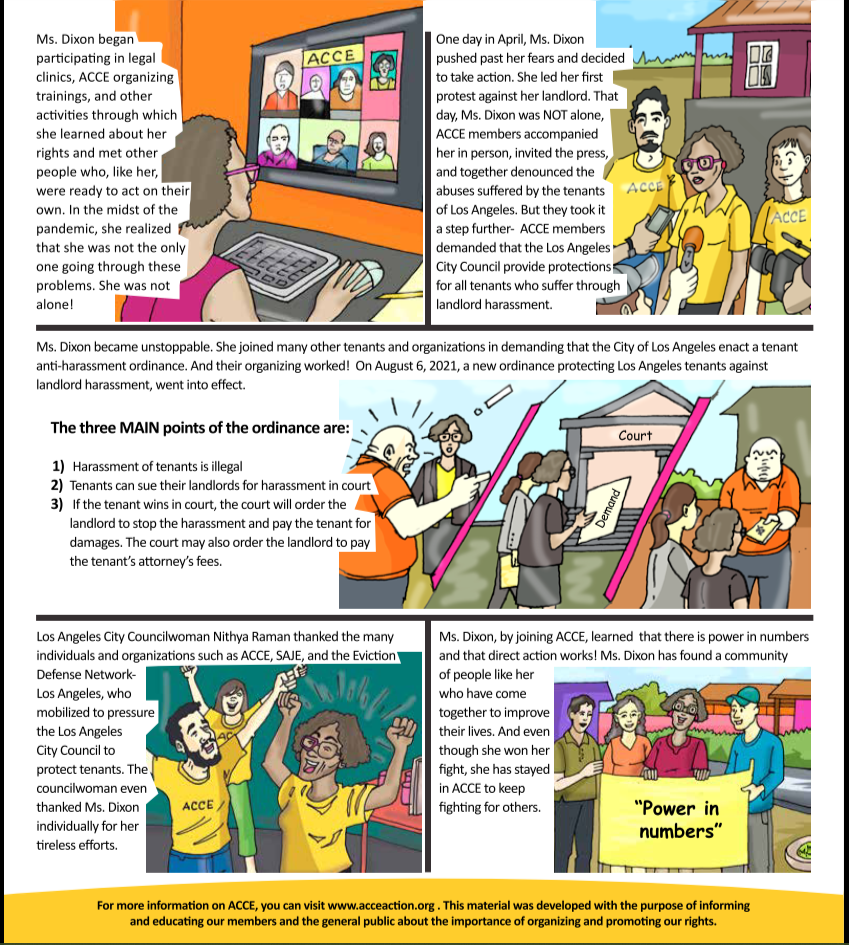 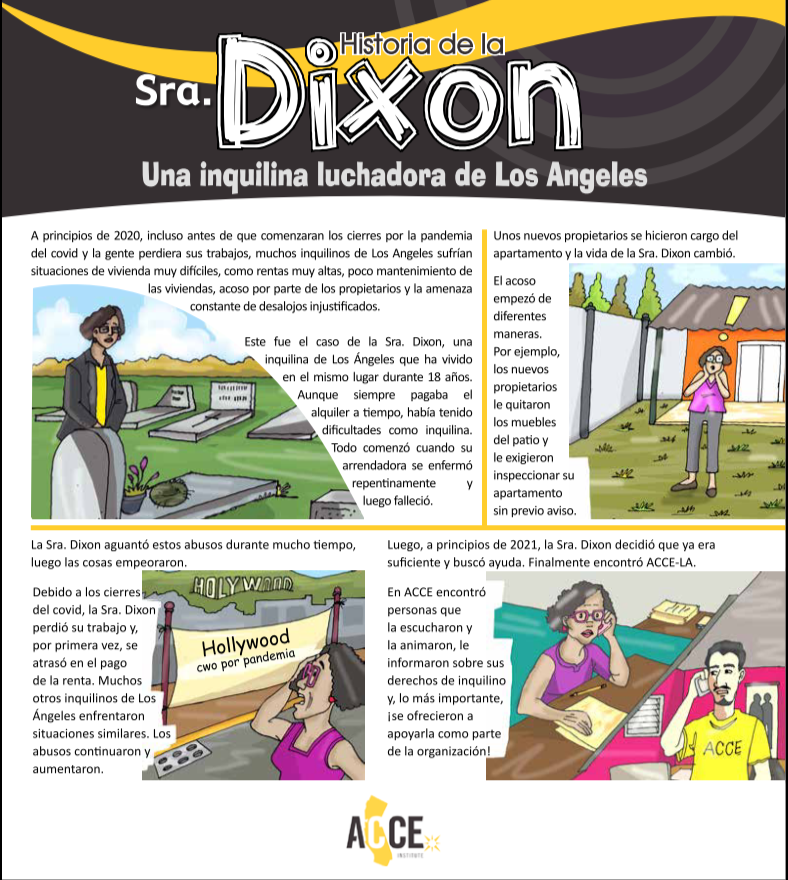 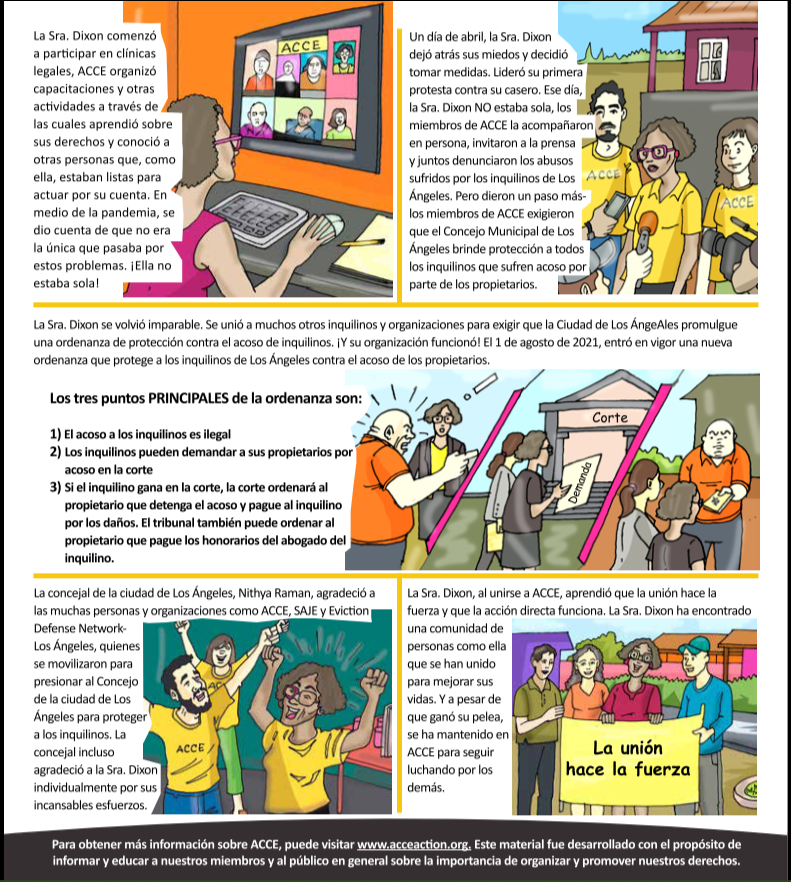