Newsom Turns His Back on Renters, Making a Deal That Could Throw Millions - Disproportionately Poor, Black and Latinx - out of Their Homes in The Middle of a Pandemic 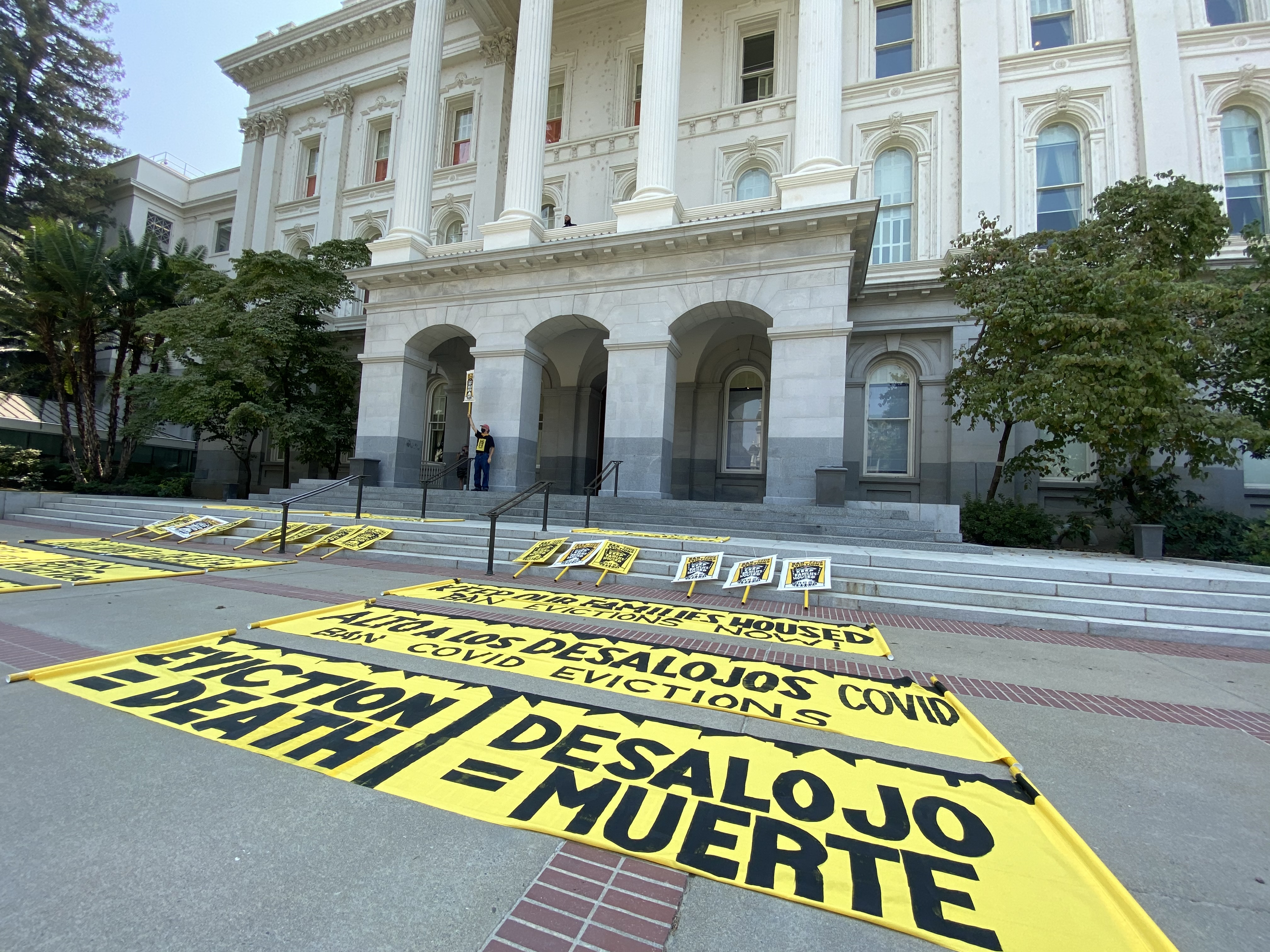 Newsom Perpetuates Racist Housing Policy with a Weak Deal that Opens the Door to September Evictions, Despite a Raging Pandemic

CALIFORNIA - With just a couple days left before the courts reopen, and the “eviction cliff” that threatens to displace roughly 4 million disproportionately Poor, Black and Latinx Californians begins, Governor Newsom’s negotiations produce AB 3088, a weak patchwork deal that will allow many evictions to start September 2nd with others sure to ramp up in the coming months. And, with the exception of existing laws, the deal prevents cities and counties from passing stronger non-payment of rent related eviction protections or moratoriums until Feb 2021. While the governor has issued a statewide stay at home order, the deal will allow Sheriff’s deputies to forcibly evict tenants from their shelter, all while the country reckons with the long history of police violence and racial injustice. Tenant lawyers describe the deal as one that will fail to protect thousands, if not millions, from possible eviction in the months to come.

Patricia Mendoza, a single mother of two and member of ACCE in San Diego who was living paycheck to paycheck prior to the pandemic, lost her job due to COVID in April. She didn’t receive unemployment for months, and even when she did, it did not cover her rent. Currently, Patricia receives less than $200 a month in unemployment which will not cover 25% of her $1500/month rent at $375 - let alone food, electricity and other basic bills.

“If we had an earthquake right now that destroyed all of our neighborhoods equally, wouldn’t we rebuild? But because this is a pandemic that economically and physically wipes out the poor, and Black and Latinx families, they are taking half measures to recover. The rich get richer while the poor get forgotten. I have been harassed constantly by my landlord. Newsom’s deal does nothing to protect renters from unscrupulous landlords like mine from attempting to evict people for BS reasons. This is not the courageous leadership we need during these unprecedented times. Governor Newsom has the power to do more, and he must do more for the people of California,” said Patricia.

“This deal does not prevent the eviction cliff. Who do you think is going to be evicted first? It’s Black people, the Undocumented, Latinx families, the poor, and seniors. It’s those systematically left behind by our system. Governor Gavin Newsom is choosing to offer up some of us - our health and wellbeing - to meet the demands of the California Apartment Association,” said Sasha Graham, ACCE’s Board Chair.

In the days leading up to the deal, ACCE submitted an open letter to Governor Newsom on what is needed to prevent the eviction crisis. You can read the letter here.