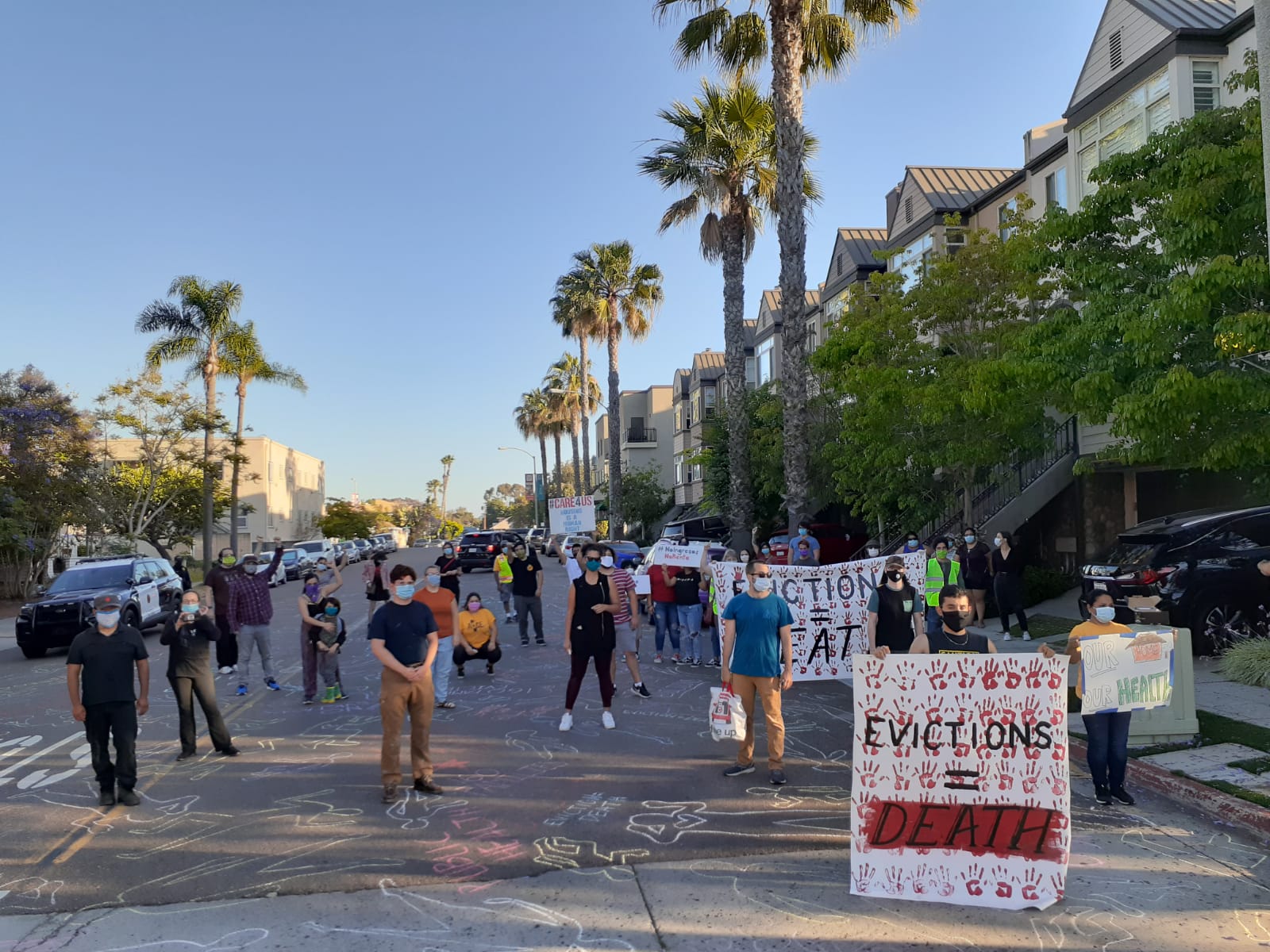 “Evictions equal death,” they wrote in chalk and on hand-painted signs.

On May 7, the Sheriff’s Department announced plans to resume roughly 160 evictions that were ordered before the coronavirus pandemic. Later that day, sheriff’s officials reversed the decision, saying they would hold off on the evictions even though they were “perfectly legal.”