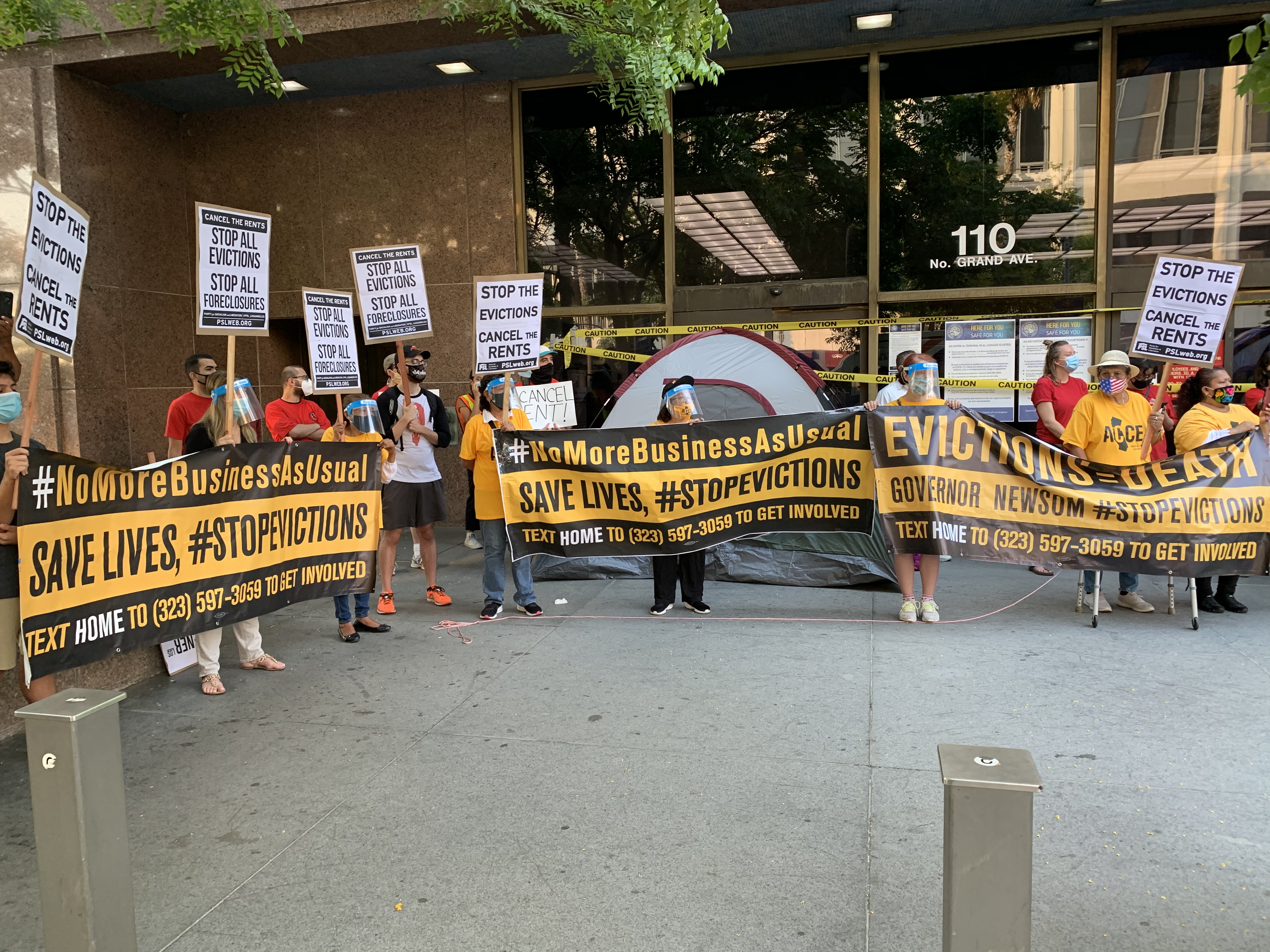 LA Daily News - About 100 renters and housing activists blocked the entrances to the Superior Courthouse in downtown Los Angeles Friday morning, Aug. 21, to demonstrate against what they say will be a coming tsunami of mass evictions if Gov. Gavin Newsom and the California legislature do not act.

Activists stood in lines in front of three entrances to the Hill Street courthouse beginning around 7 a.m. Security guards watched on from inside the building, but did not confront the group even as people began lining up at the front doors for court appearances.