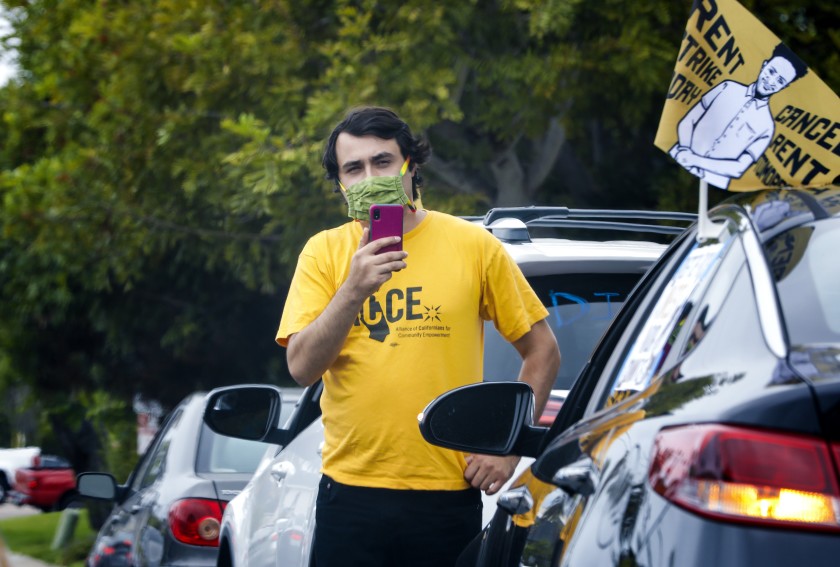 San Diego Union Tribune - A caravan of about 60 cars drove through upscale San Diego neighborhoods and passed some of the city’s most affluent residents Wednesday as part of a statewide protest aimed at raising awareness of wealth disparity and inequality.

Organized by renters, workers and labor leaders, the local protest had planned to target UC San Diego Chancellor Pradeep Khosla, developer Douglas Manchester and MC Properties owner Michael Contreras. The protest was one of several throughout California on Wednesday, chosen because the first of the month traditionally is a day when rent is due.

“We’re visiting some of the richest people in San Diego to talk about how during this pandemic many of us are struggling to make ends meet and have a roof over our heads while these super wealthy people have made money off the backs of our community workers and renters,” said Jose Lopez, a local organizer with Alliance of Californians for Community Empowerment.