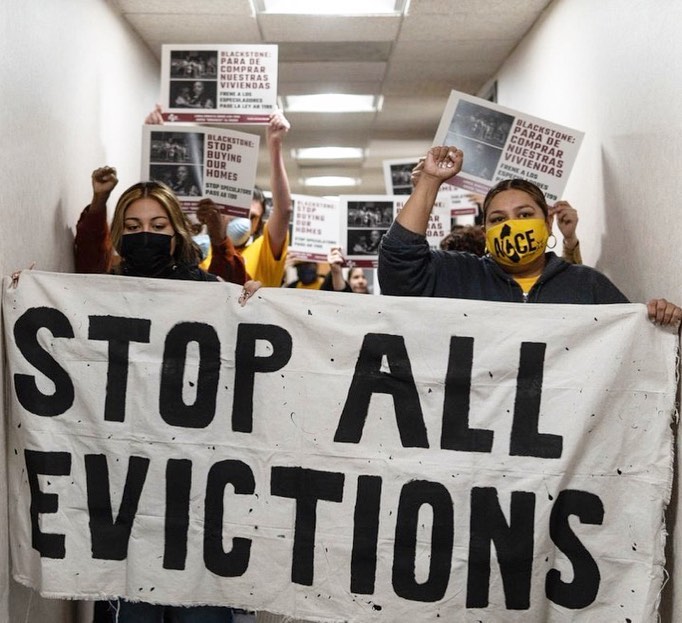 KPBS - A group of mostly low-income tenants and their advocates staged a protest Thursday in Mission Valley to call attention to what they say are predatory practices by the New York-based real estate behemoth Blackstone, which this year paid more than $1 billion for nearly 6,000 San Diego area rental units.

Blackstone tenants who took part in the protest said the company is raising rents and not making good on promises to renovate rundown properties. They are demanding, among other things, that the company not raise rents until California’s COVID state of emergency — which was extended to March 2022 —is lifted and to keep increases at 3% or less thereafter.

“We’re not being respected as tenants, the issues are not being taken care of and the home that was once beautiful that we were living in is now embarrassing, somewhat, to bring family and friends,” said Kathleen, a tenant of a Blackstone-owned apartment complex in La Mesa, who didn’t want to provide her last name for fear of reprisals.