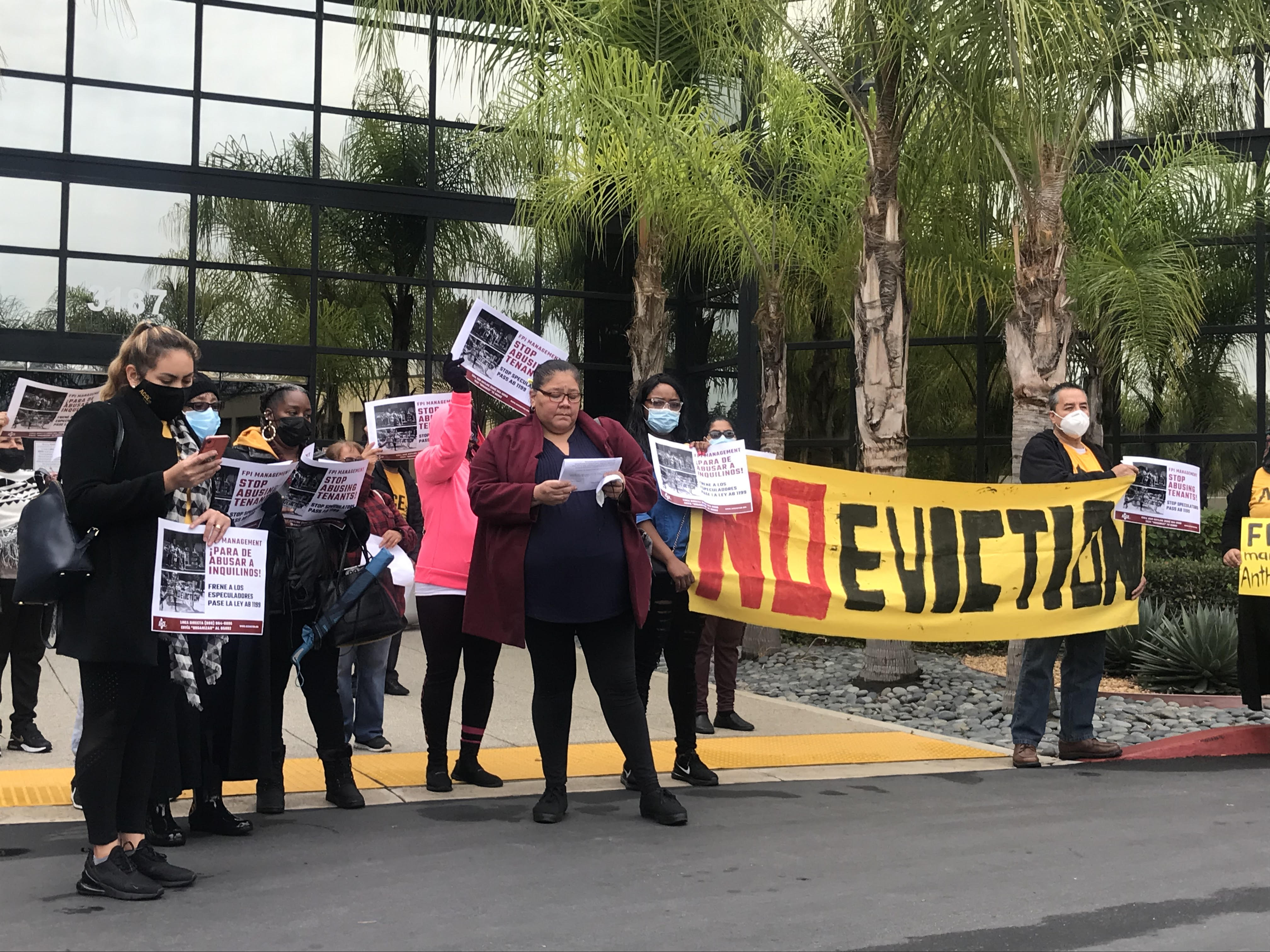 LA Times - Tenants of an apartment complex in Baldwin Hills traveled to Orange County last week to protest alleged unfair treatment from a Costa Mesa property management company whose staff they claim has harassed residents and threatened to evict them.

A group amassed during a Dec. 9 demonstration outside the Red Hill Avenue regional office of FPI Management, which manages nearly 150,000 units nationwide, including a handful of Orange County properties and the 4063 Nicolet Ave. apartments in Los Angeles.

That’s where residents, primarily people of color, maintain FPI has attempted to evict them from their homes in an effort to raise rents while neglecting to maintain the units.