They refused to pay rent for months. Now, it may pay off

The Mercury News - OAKLAND — After refusing to pay rent for four months, tenants striking in Fruitvale say their landlord has agreed to consider selling the building — a potential win for the strikers and their activist backers. 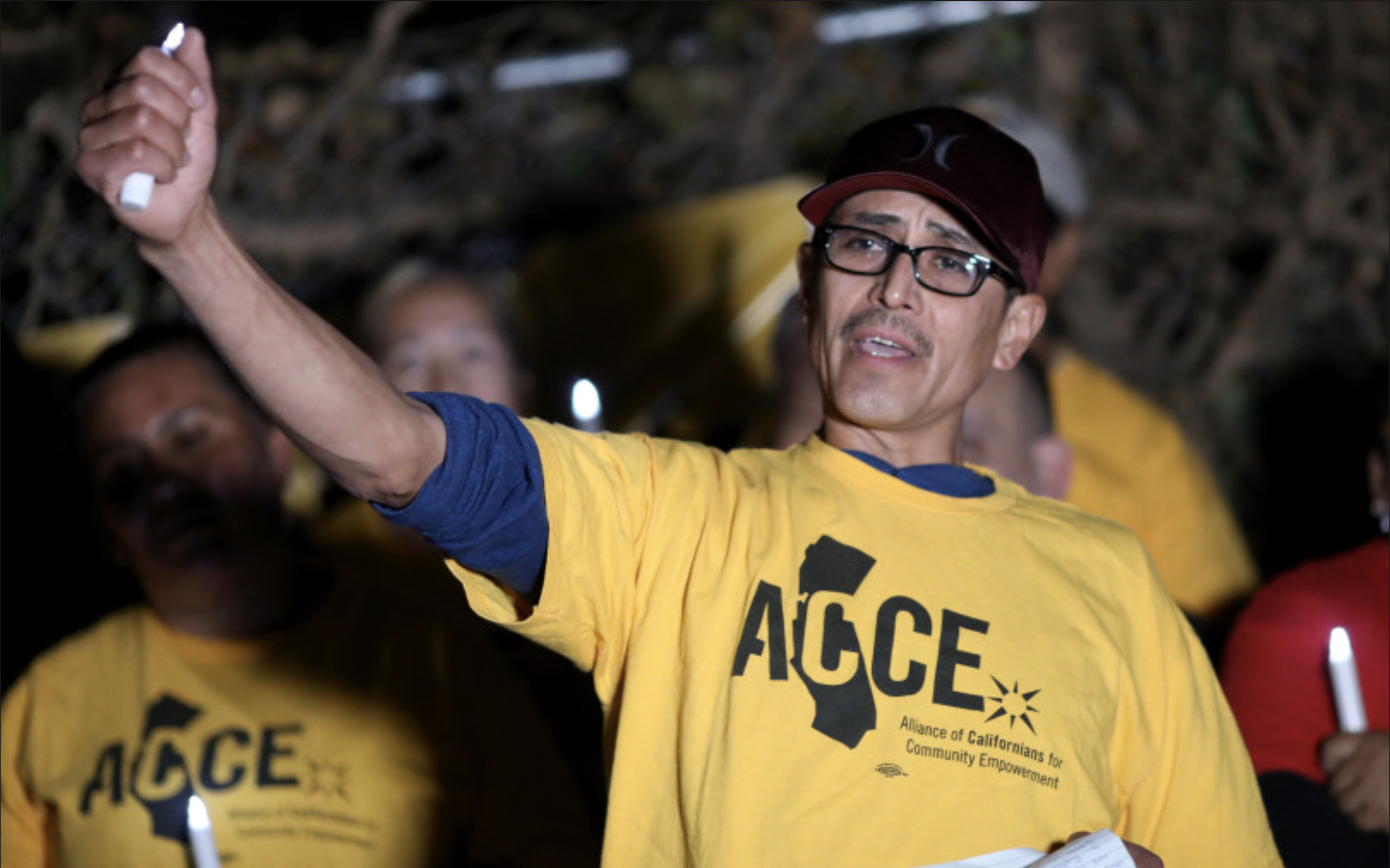 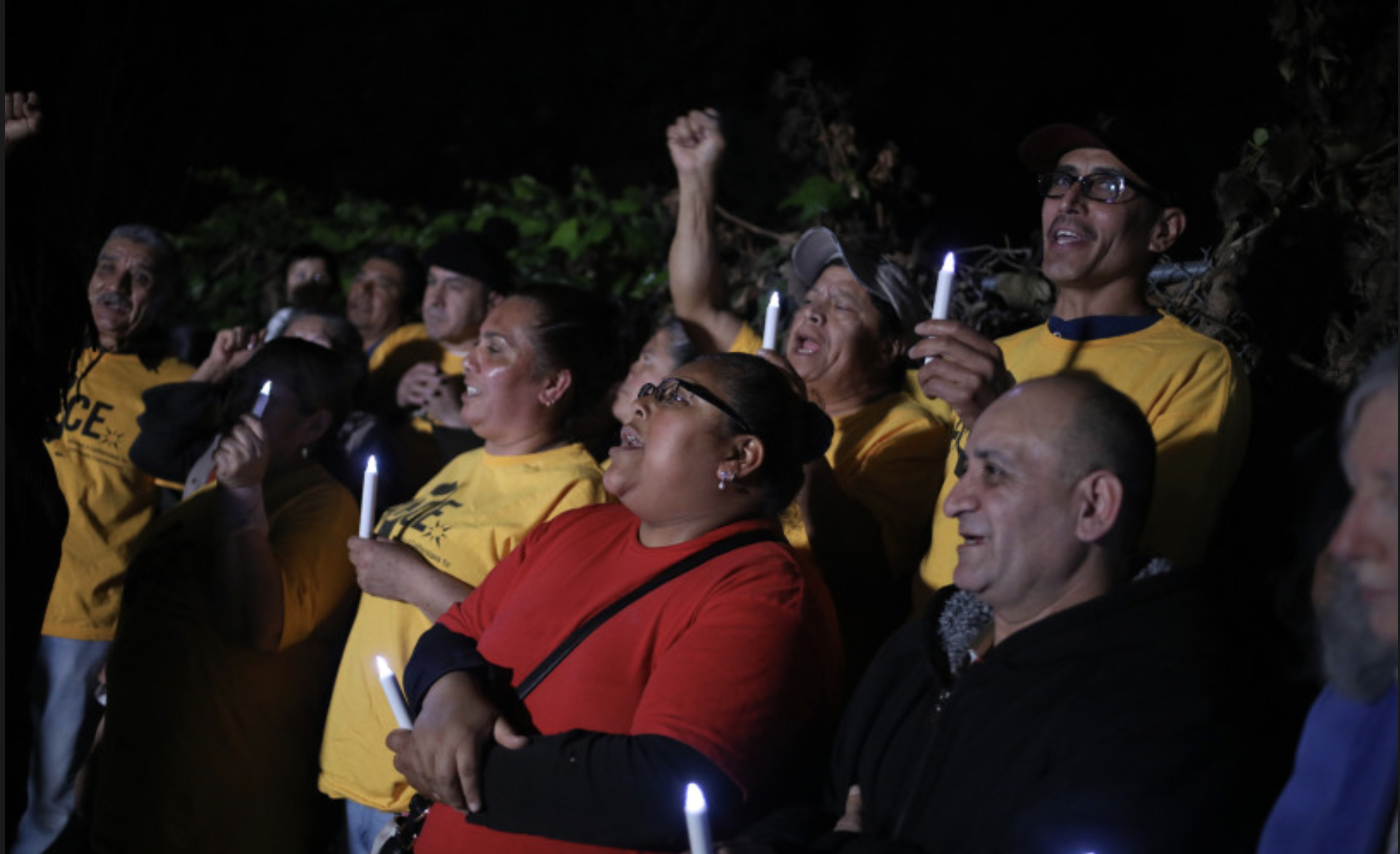 Some renters living in the 29th Avenue complex stopped paying rent in November, both to protest what they say are poor living conditions, and to pressure the owner to sell them the building through a local community land trust. If the bold strategy works, it will be the second recent victory for the group supporting them — Alliance of Californians for Community Empowerment — which also helped Moms 4 Housing pressure a corporate landlord to negotiate the sale of the West Oakland home they’d been squatting in.

“Thanks to our fight, we have been heard by the owner of this building,” Maria Montes de Oca, who has lived in the 29th Avenue building for 11 years, said Thursday night before a crowd of several dozen neighbors and supporters. “We are closer than ever to buying this building.”

Around her, people cheered and chanted “housing is a human right” and “sí se puede.”

The residents were celebrating because the day before, the building’s owner, Calvin Wong, told tenants he’d be open to selling, according to ACCE. Wong’s son, who didn’t want to give his name, confirmed his father’s intentions to this news organization but declined to comment further.

Wong and the land trust are set to meet again Wednesday to hash out a price and other details of the potential sale.

Half of the building’s 14 households are participating in the strike, and one more has pledged to join next month if the landlord still hasn’t met the group’s demands. ACCE says the strike won’t stop until Wong signs a contract to sell.

The building is largely home to native Spanish speakers working low-wage jobs, who have struggled to keep pace with regular rent increases. Most pay about $1,550 a month for one-bedroom apartments — much less than the average price in Oakland of $2,500 a month — but they say frequent rent increases make them worry they’ll soon be priced out.

About a year ago, a group of renters began working with the Oakland Community Land Trust, a nonprofit that buys market-rate properties and converts them to affordable housing. The land trust, which would allow the tenants to buy in and become partial owners themselves — thereby avoiding future rent hikes — initially offered to buy the building for $3.2 million. But the landlord declined that offer, and the residents couldn’t get another meeting with Wong until this week.

ACCE’s strategy in Fruitvale mirrors its recent high-profile win in West Oakland with Moms 4 Housing. There, a group of women who were homeless or at risk of becoming homeless moved into an empty, investor-owned house with their children and squatted there for two months. They were evicted in January, and two of the women were arrested, along with two of their supporters. But their story had won the support of everyone from Oakland Mayor Libby Schaaf to Gov. Gavin Newsom, and facing intense public pressure, the home’s corporate owner — Wedgewood — agreed to negotiate a sale with the Oakland Community Land Trust.

On Friday, Justin Tombolesi, acquisitions and resident self-management coordinator for the land trust, said an offer was in the works but hadn’t been finalized.

If the sale goes through, the organizations will begin rehab work on the house so the Moms 4 Housing activists can move back in. When they do, Dominique Walker, one of the group’s main leaders, won’t be among them. She found permanent housing through another land trust in Berkeley after getting evicted from the West Oakland house, and plans to stay there.

As ACCE moves closer to victory on both the Fruitvale and the West Oakland properties, Fife showed no indication of slowing down.

“We are starting a renaissance of housing resistance in the state of California,” she said, “right here in Oakland.”