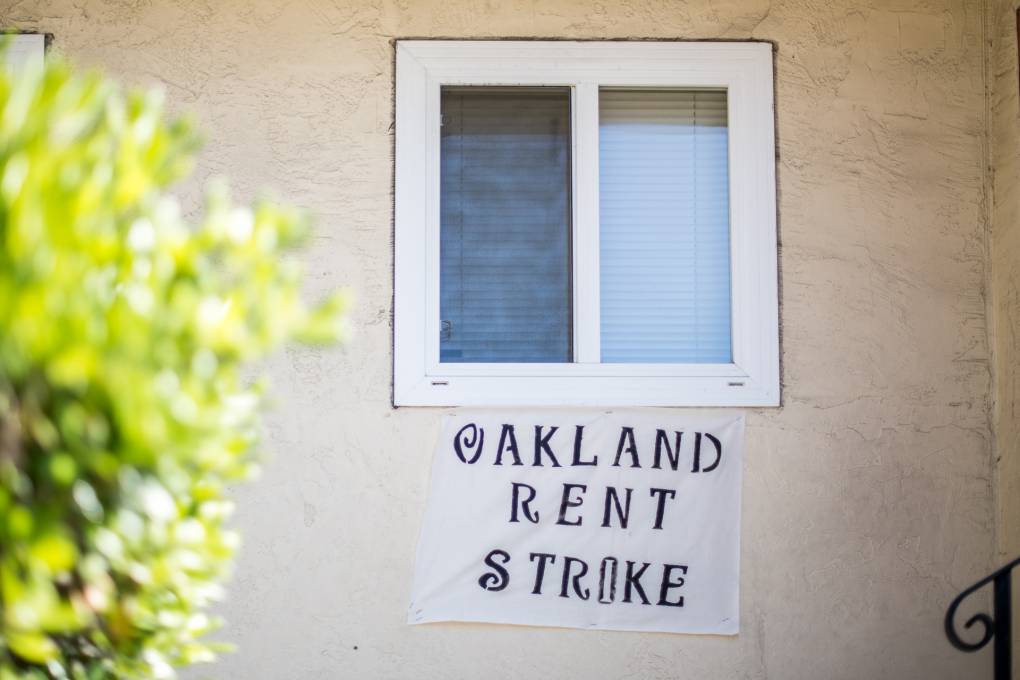 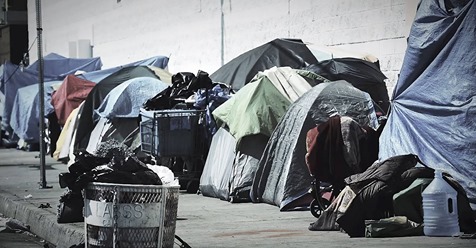 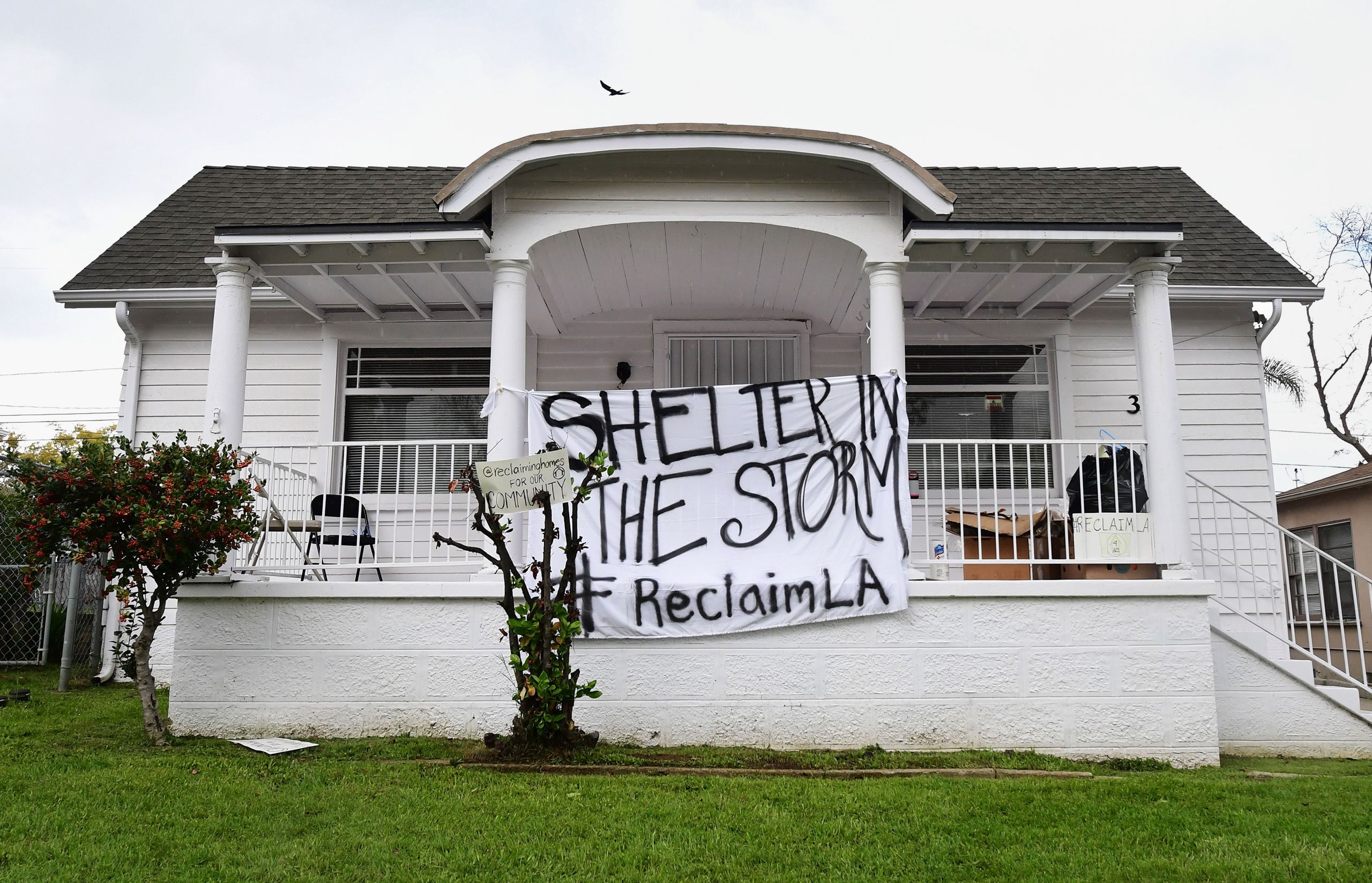 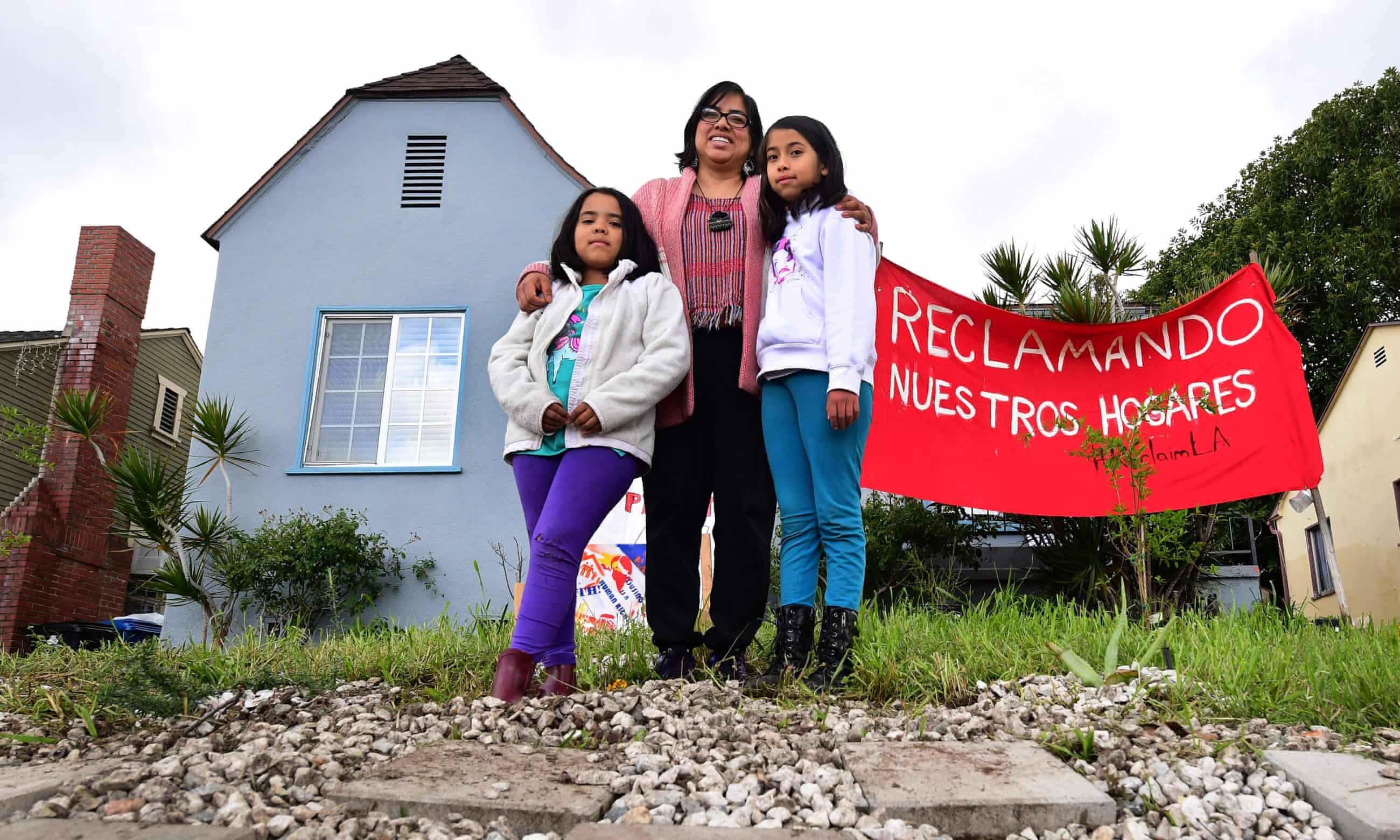 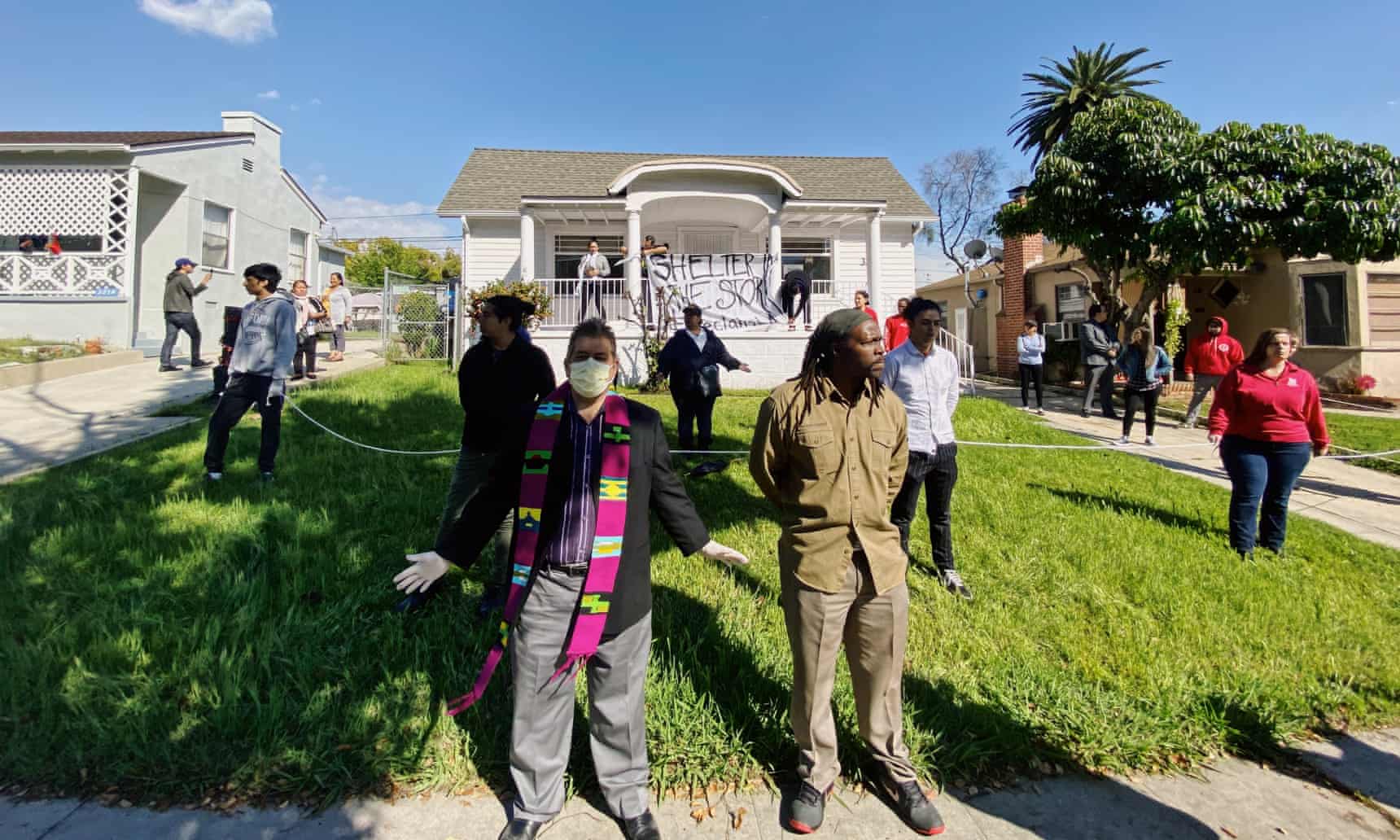 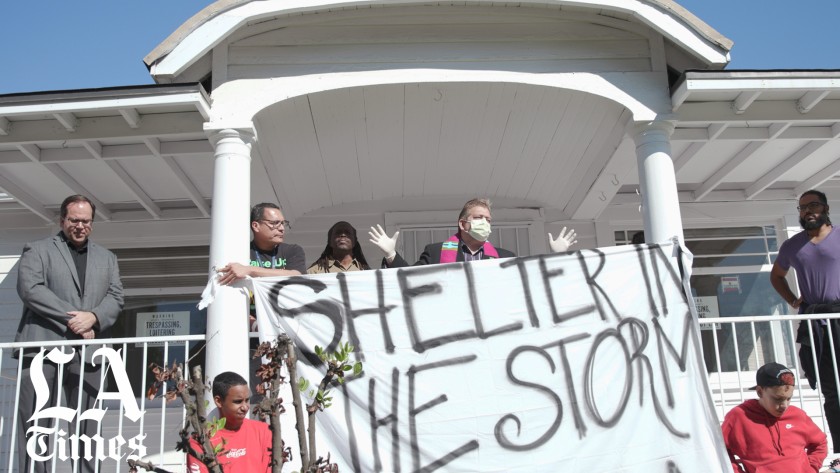 The coronavirus pandemic is forcing politicians to act in ways that just weeks ago seemed unthinkable. And activists like the Reclaimers are opening the cracks still wider.

DISSENT - This past weekend, accompanied (at a safe distance) by a handful of friends and allies, Martha Escudero and Benito Flores moved into vacant homes in Los Angeles’s El Sereno neighborhood. Part of a movement calling itself Reclaiming Our Homes, and accompanied by signs reading “This house IS a home,” “Housing is healthcare,” and “Housing is a human right,” they flocked into the vacant homes, bearing flowers and with children in tow, and prepared for self-isolation as the coronavirus continued to spread. In the days following their move-in, other homeless families have reclaimed twelve additional vacant homes in the area, all owned by the California Department of Transportation (Caltrans). “Being homeless myself and seeing people literally dying on the streets, seeing sick people dying every day in L.A., made me start realizing that, ‘Well, we need to do something, and we should probably just start taking over these vacant homes,’” Flores told me through a translator.

Backed by the Los Angeles Center for Community Law and Action (LACCLA), the Alliance of Californians for Community Empowerment (ACCE), Los Angeles Democratic Socialists of America, the LA Tenants Union, and Eastside Café, the Reclaimers were inspired by the Moms4Housing in Oakland, a group of housing-insecure black mothers who last November took up residence in a vacant, foreclosed home in the rapidly gentrifying city and won their battle to stay. The Reclaimers issued a set of demands, including turning “publicly-owned vacant property into public or social housing NOW,” opening up speculator-owned housing, a rent freeze and eviction and utility shut-off moratorium during the coronavirus emergency, and a halt to the criminalization of homelessness and the release of incarcerated people who do not pose a safety concern. Their arguments intrinsically link the housing and healthcare crises to the crisis of mass incarceration, understanding that the conditions created by an out-of-control housing market and an arrest-happy police department will only fuel the spread of illness. “The coronavirus pandemic—it is the spark that lit everything up, the drop that spilled the water,” Escudero explained by phone.

Facing a health crisis, California legislators call for a moratorium on evictions, utility shutoffs and foreclosures. 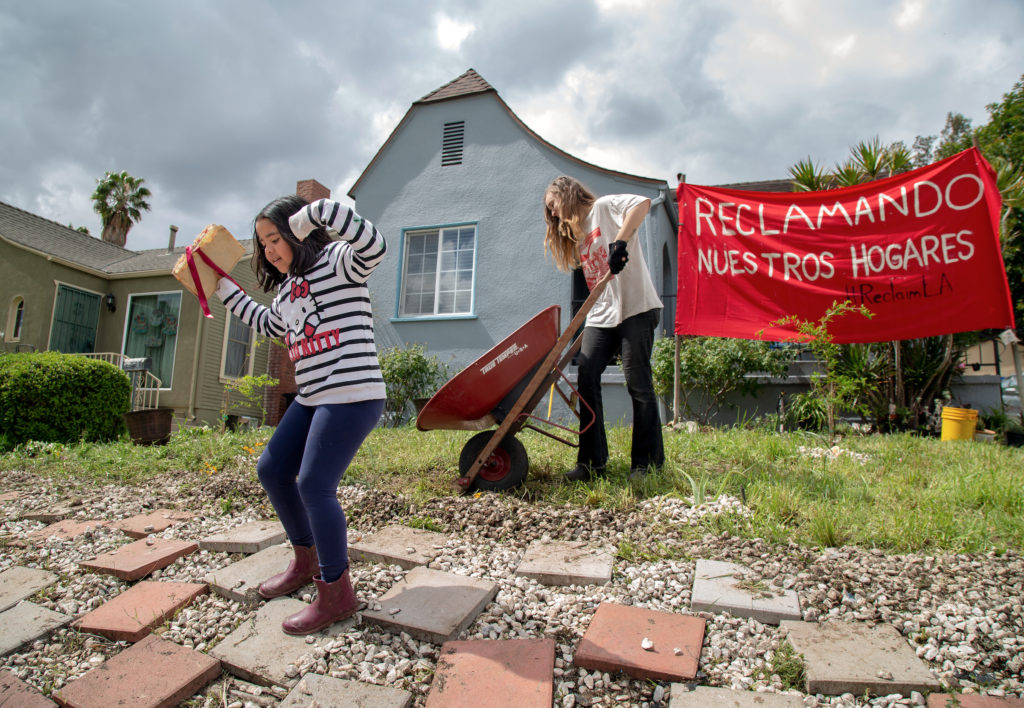 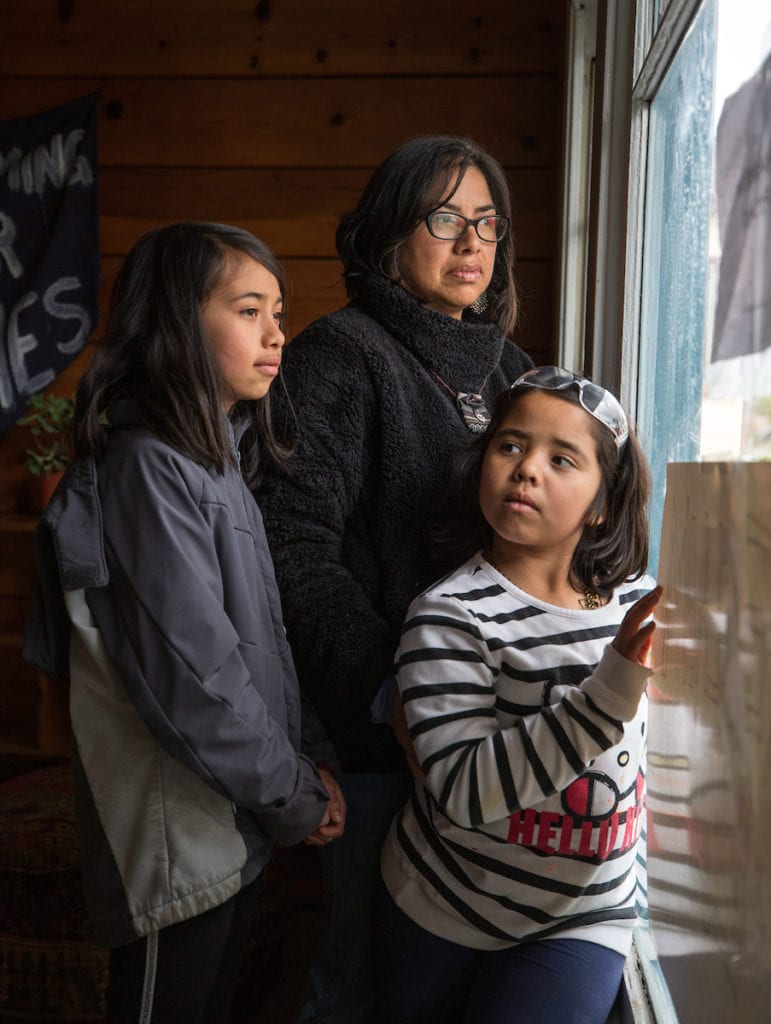 CAPITAL & MAIN - The red banner raised outside a modest suburban home in East Los Angeles was a dramatic new addition to the neighborhood. “Reclamando nuestros hogares,” it read in big block letters. It translates roughly as “Reclaiming our homes,” an explicit statement of protest and personal survival at a time of crisis on this quiet stretch of Sheffield Avenue.

Inside, Martha Escudero, 42, and her two young daughters, ages 8 and 10, were still settling in three days after the family and several community activists took control of the empty bungalow. The March 14 takeover was the first step in an ongoing campaign to provide shelter to homeless and housing-insecure Angelenos through the distribution of state-owned properties, just as the coronavirus pandemic reaches a crisis point.