Gimme Shelter Podcast: #CancelTheRent, with a California renter and landlord

LA Times - With the state's economy in pandemic-induced freefall, missed rent payments are piling up for California tenants and landlords. On this episode of Gimme Shelter, Matt and Liam discuss whether a rent strike will provoke the state into action, and what can the government realistically do to help? First, the Avocado of the Fortnite takes us to Liam's backyard (4:00). Then a discussion of the #CancelTheRent movement and two state proposals to address the issue (7:00). Then an interview with Patricia Mendoza, a renter in Imperial Beach who participated in the May 1 rent strike (30:00). Finally, an interview with Evelyn Garcia, whose family owns an apartment complex in South L.A. (44:00). 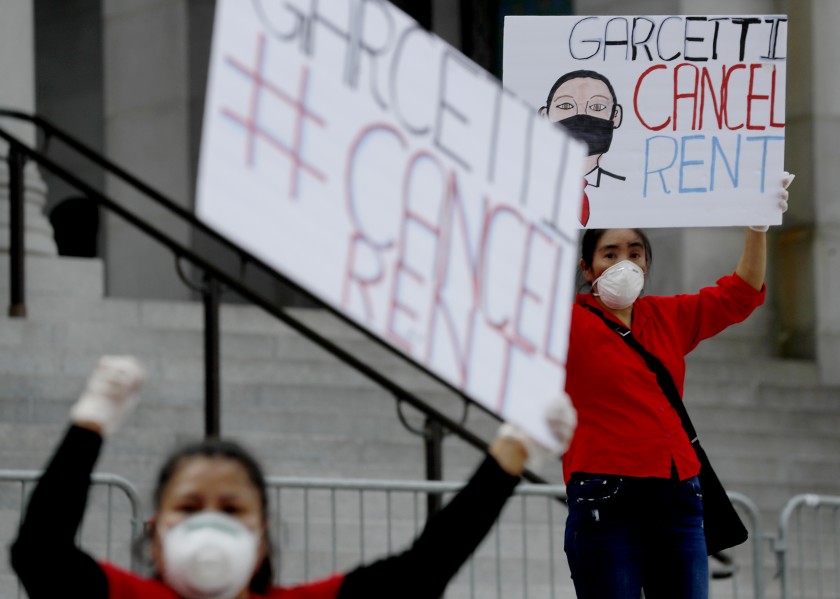 LA Times - Chris Tyler lost his job at a restaurant on March 15 — the same day Mayor Eric Garcetti banned sit-down food service to slow the spread of the novel coronavirus in Los Angeles. A couple of weeks later, he and his partner decided not to pay rent for the one-bedroom apartment they share in Silver Lake.

“It’s a decision that I have made personally that is both political and very much out of necessity,” said Tyler, 31. “I don’t think it’s an unreasonable choice to make in the middle of a global pandemic.”

As California enters its second full month under stay-at-home orders designed to prevent more coronavirus cases, a growing number of tenants are turning their personal economic situations into mass protests, demanding that legislators at all levels of government pass laws to cancel rent until the public health crisis is over.

They call it a “rent strike” and it is just one tactic marking a dramatic new escalation in the long-running fight over affordable housing in California.

Coronavirus cost me my job; without rent forgiveness, it will cost me my home 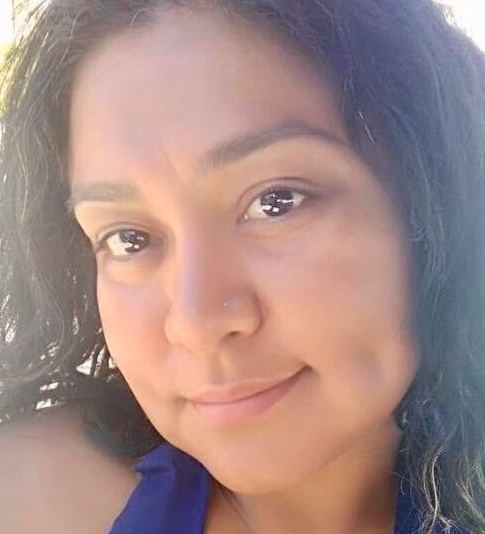 It was a few weeks into the coronavirus pandemic when I got the call from my boss. I could tell from the sound of her voice what I was about to hear: She had no choice but to let me go.

Just like that, I’d lost my job — a job I loved, that I did well, and that I needed to feed my two kids and pay my rent.

My boss apologized and promised I could return “when things got back to normal.” But when will things get back to normal? And what will happen to my family in the meantime?

My heart sank as I wondered how we were going to stay in our home. The answer is that we won’t be able to, unless our elected leaders cancel and forgive my rent until this coronavirus crisis is over.

Newsweek - The debate on whether people should still be made to pay rent after they have been forced from their jobs will be highlighted again as tens of thousands of tenants across the U.S. are expected to take part in a mass strike in order to help ease the financial burden brought on as a result of the coronavirus.

A coordinated day of action had been planned by groups across the country urging people who have lost their jobs as a result of the virus and lockdown procedures to withhold paying their rent on Friday, May 1.

Marketwatch - For the last two months, Mark Osgood from Chicago said he has not been able to pay rent. He’s 32, an Uber driver, and says work has dried up due to the virus. He said neither his stimulus nor his unemployment checks have come in yet.

“I mean, I live paycheck to paycheck as it is,” he said. “And if there is no income coming in, there’s no bill money going out.”

Today is May 1, rent is due, and he said he won’t be paying. Neither will many others — there are rent strikes across the country today, as a response to job losses and economic damage from the pandemic. Worker rights activists across the country are also calling for a day of action to bring attention to workplace issues around COVID-19. 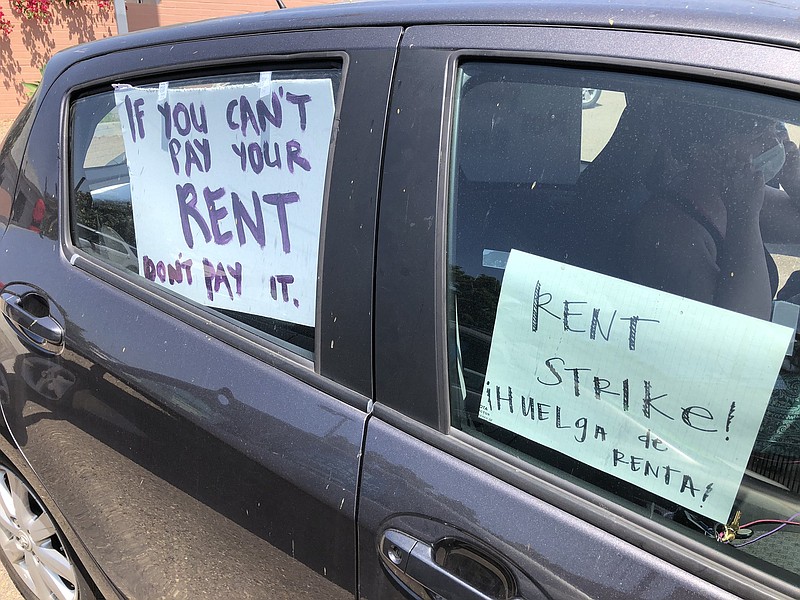 kpbs - A caravan of protesters wound through San Diego on Friday, part of a statewide rent strike.

More than a month into the coronavirus lockdown and resulting local economic collapse, many tenants are stuck between having to choose between paying rent or paying for other necessities.

"The government is more concerned on this economic crisis than the people that make this economy work, which are workers. We’re exchanging this pandemic for a mass eviction crisis," said Grace Martinez, an organizer with the Alliance of Californians for Community Empowerment. Her group helped organize the caravan and strike Friday.

The TODAY Show - The economic toll continues to mount with 30 million Americans now out of work during the pandemic, and many others are saying they’ve been unable to file their jobless claims, @jolingkent reports.

Growing number of Americans say: We're not paying the rent 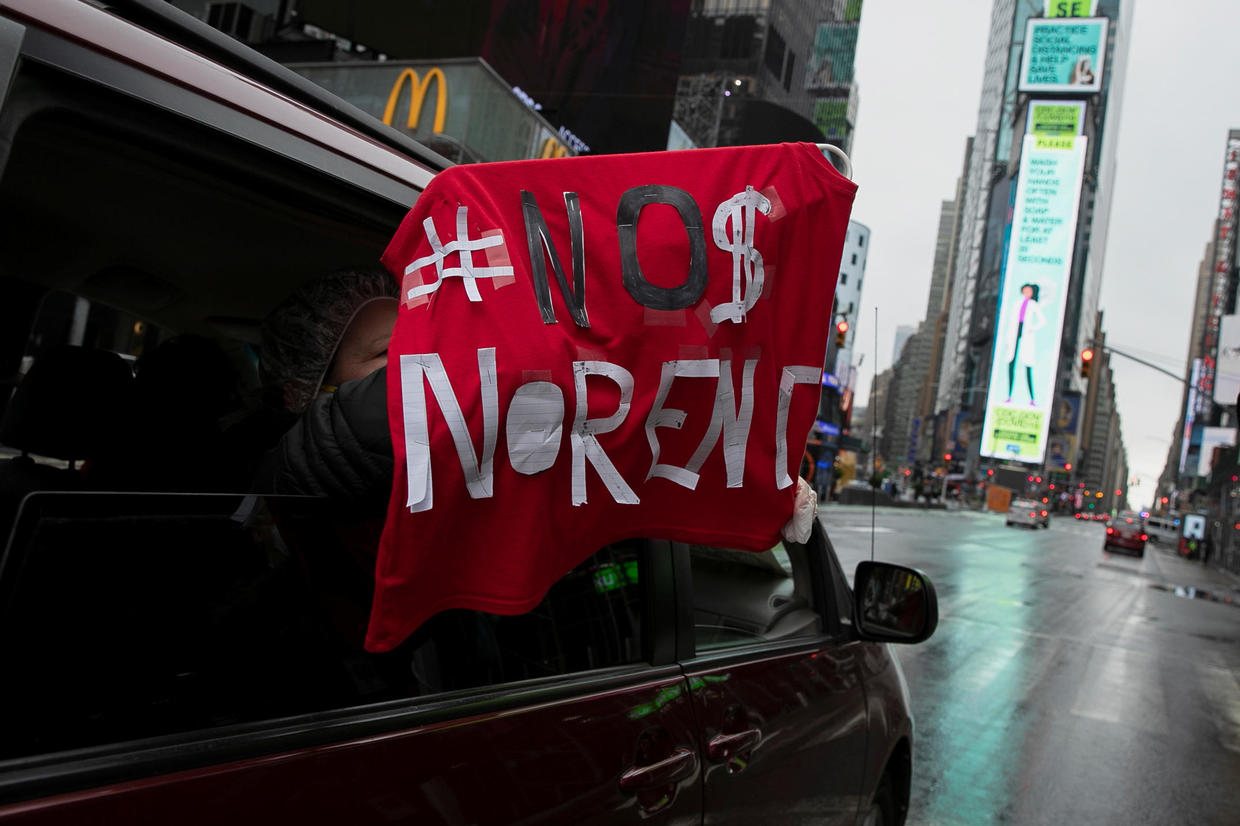 CBS News Moneywatch - Thousands of people around the U.S. are calling for politicians to cancel rent and mortgages, with temporary legal restrictions on evictions set to expire in many states in a matter of weeks.

"Can't pay in May? Don't pay May," was the message sent out by an Oakland, California, tenants' group on 50,000 postcards. In New York state, 15,000 residents in apartments and other housing have pledged to not pay their rent on May 1, according to organizers of the protest. In Los Angeles, strikers are rallying near City Hall to demand that local officials suspend rent, mortgage and utility payments.

"I've been practicing law for over 40 years and I've never seen something like this," said Andrew Scherer, a housing lawyer and the former head of Legal Services NYC, a non-profit group that offers legal aid to low-income people. "This is a very unusual occurrence — having a fairly large group of people saying, 'Something's got to give here.'"